As B.C. mulls the future of ride-hailing services like Uber, one small town — Enderby — is making the case to welcome the service with open arms.

Much of the ride-hailing discussion in our procince has been focused in big cities like Vancouver, Victoria and Kelowna — where Uber plans to focus its activity.

But this week, a councillor for Enderby — a town of about 3,000 people north of Vernon — tried to convince the all-party provincial committee on ride-hailing that the service would benefit small communities in the province.

Such a move could disrupt the taxi business in smaller centres, although one Okanagan company conceded the arrival of ride-hailing outside big cities is likely inevitable.

“It’s very difficult for our community to get around,” Enderby Councillor Brian Schreiner told CBC Kelowna. “We’re very interested in an alternative mode of transportation.”

Schreiner argued that most small towns like Enderby don’t have widespread public transit, let alone a taxi service. He says ride-hailing could help residents like seniors get to doctors’ appointments or pick up groceries.

‘We’re anxious and chomping at the bit to see if this would work in our community,” he said.

A representative of Uber’s rival company, Lyft, also made the case to the committee for offering its service in smaller communities.

Timothy Burr Jr., Lyft’s director of public policy, says his company originally focused on urban areas but has since opened up its ride-hailing app across 41 states in the U.S.

“We’ve found a really untapped need in some of those smaller communities to have folks able to provide a ride,” Burr said.

So far the company has launched in the Toronto area. But Burr said changing regulations province-wide in B.C. means that ride-hailing could operate anywhere in the province, as opposed to having to negotiate with each individual municipality.

But at least one taxi company in the area warns that allowing ride-hailing throughout B.C. could prove to be a Trojan horse.

‘The taxi industry will just shut down’

“If they just let them in, a free for all, the taxi industry will just shut down across the board,” Cassam said. 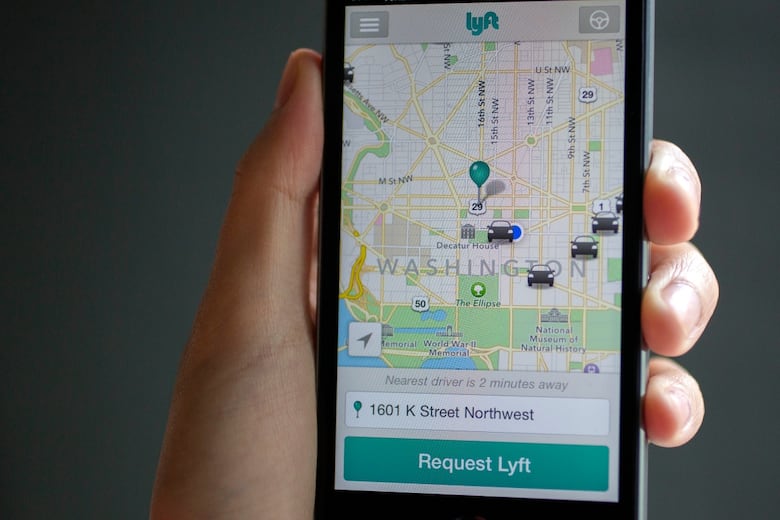 Like many in the taxi industry, Cassam wants ride-hailing operators to play by the same rules and pay the same costs. Why else would anyone bother running a taxi service, he asked.

And because taxis must abide by prices set by the Passenger Transportation Board, Cassam noted, they can’t charge surge pricing like companies like Uber and Lyft can. Surge pricing is when ride hailing providers charge more based on demand. Companies say they do it in part to provide incentives to drivers to get on the road during busy times.

“We should all be charging the same price for the same trip,” Cassam said. “You can’t charge someone $1,000 to go to the airport because we’re busy.”

But officials in Enderby say that strict regulations for ride-hailing wouldn’t work in small communities.

Schreiner says too many barriers from provincial regulations or ride hailing companies themselves would keep drivers from offering much-needed rides.

Despite his apprehension, even Cassam thinks ride-hailing could work well in tiny towns like Enderby. He welcomes the service in B.C. — partly because he sees it as inevitable.

“We can’t stop competition, it’s coming. It’s a business that people want and it’s coming. So we need to be better, and we need an even playing field.” Building Capital & Capacity In Our Communities March 11, 2020 - For over a decade, the BC Rural Centre has researched and advocated for the establishment… END_OF_DOCUMENT_TOKEN_TO_BE_REPLACED